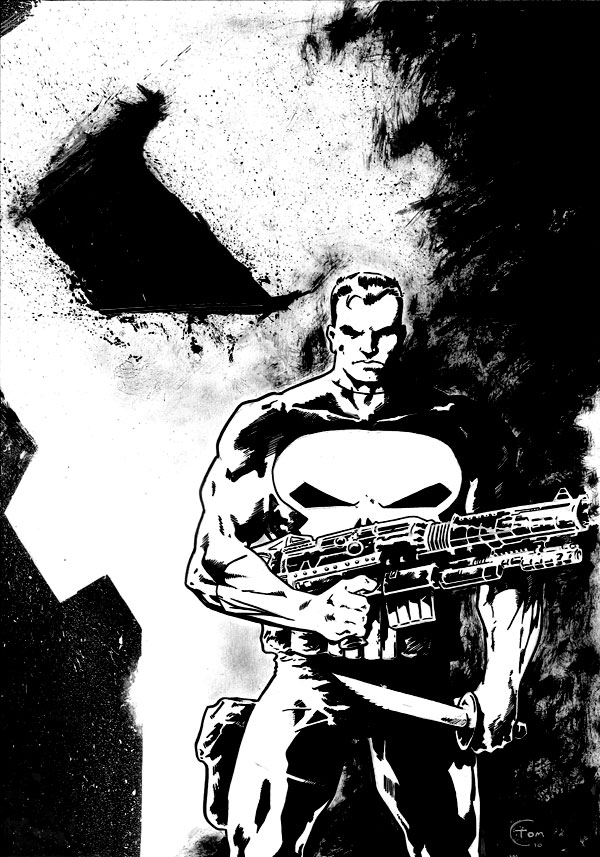 This A3 illustration was created as a prize for the Scotch Corner blog (won by John Owens) It was a good chance to draw a character i’ve never actually drawn before and get dirtier and grungier than i normally would with the inking. As i had never drawn the character before i had to decide which take on the character i would use. I’ve gone for somewhere between the Frank Miller/Klaus Janson version from Miller’s Daredevil run and the Mike Zeck mini-series as that’s how i picture the character in my head.

I made a light photocopy of my pencils onto a second artboard and used that to create the finished inked version, so that meant John also received the original pencils as well as the finished ink version. John was kind enough to donate the pencils to a charity auction at Hi-Ex.