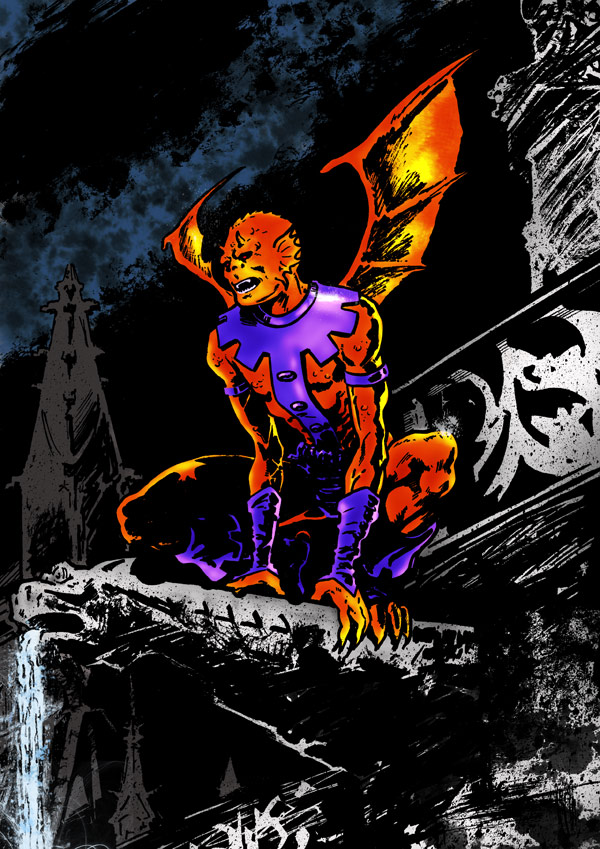 Gargoyle is probably one of the more obscure characters on my Marvel A – Z list. He’s had his own mini-series or two and appeared in various titles, but his mainstay was the Defenders comic – specifically the ‘New Defenders’ era. I’ve seen him drawn as skinny, short and fat and of course the standard superhero stature. The wings too have ranged from tiny to huge, so have had to make a few decisions for this one based on my memory of the character. Inks with digital colours.