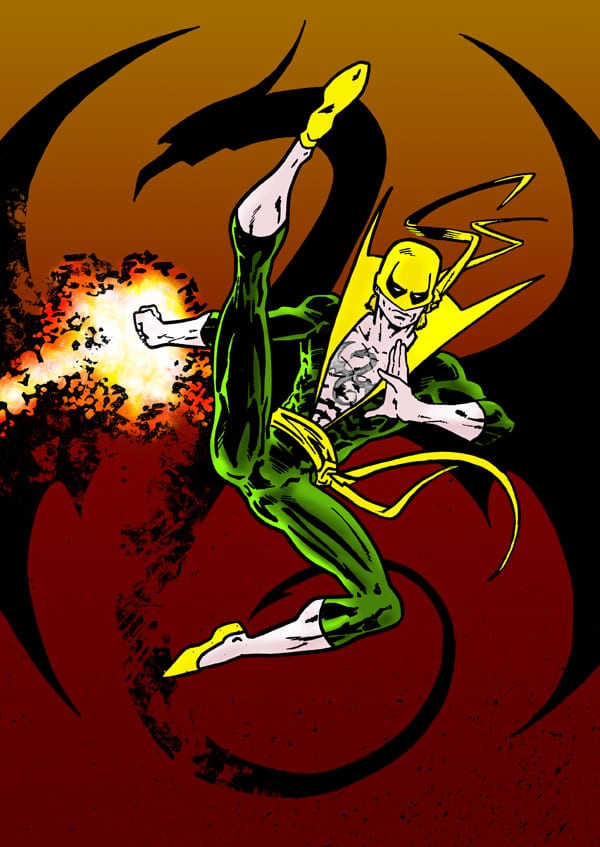 Iron Fist was another of my favourite Marvel characters as a kid, he was basically a super powered martial artist. I grew up with the original Claremont and Byrne series which then merged into the Powerman/Iron Fist series – an unusual combination of characters in that series but one of the best Marvel books of the time. Hence my doodle being the original costume. Iron Fist was killed off in the last issue of the Powerman/Iron Fist series. But again, as it’s the Marvel Universe, death didn’t hold him back and he’s alive and kicking in his own title and the New Avengers these days and now the his own Netflix series too. Turns out it was actually a living vegetable/plant clone copy that had died and not him – gotta love the nonsense you can get away with in comics.